Be careful and efficient

An interview with architects Bolle Tham and Martin Videgård, Stockholm, about Scandinavian influences in their work and a home built by 2 million Swedes.

Bolle Tham, Martin Videgård, how important is Scandinavian architecture as a background for your work?

Tham: Scandinavian architecture has its origins in a long building tradition with strong relation to nature and also influenced by the idea of the democratic welfare state. The use of local materials and limited resources, as well as an interest for the everyday life that during the welfare era was combined with more heroic ideas and ideals. The result is a legacy of both pragmatic and poetic architecture.

Videgård: More recently, a new generation of architects has added their understanding of this tradition resulting in an increasing number of practices where a relevant contextual method is developed parallel to an interest of tectonics and spatial design, which we find very promising.

One topic that shows up in several of your designs is indeed the relation between architecture and natural landscape. Does this topic reflect an important trend in Scandinavia?

Videgård: To us it is not a trend, it just makes sense to always start with the specific place and to be careful and efficient with existing resources. We are often told that our work has a characteristic way of relating to its site, often a place where nature is present. While we don’t believe in a specific Nordic approach, the experience of growing up with access to pristine nature has brought a certain interest and understanding of how architecture relates to a landscape, whether it is urban, rural or natural and also how that rapport can be used as a vehicle to further the architectural idea in any given context.

Tham: One can argue that it is primarily the approach to context that determines whether an architectural project works – both at its location and within its own time. It follows that architecture should be closely allied to its contexts and be firmly anchored to earn its place in reality. 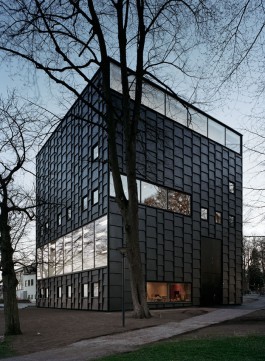 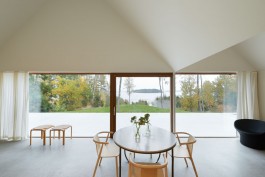 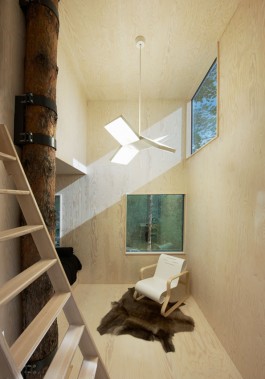 Your private houses are all marked by a definite clarity – including the Hemnet Home which is the result of an almost democratic data experiment. Could you explain that a bit?

Videgård: The house is in short based on two parts. A direct interpretation of Big Data statistics from all the Hemnet users gave an average value that determined the measurable properties of the home including size, price, number of rooms, bathrooms and floors. To this we have added a reading of the Swedish house condensed into two iconic types: the red wooden cottage that represents history, local resources, crafts, and national building traditions, and the white functionalist box which stands for modernity, optimism, industrial development, the welfare state, and international ideals. The aim was then to create an architecture that combines the statistics with the features of the two iconic types – the rationality of the functionalistic box combined with the quality of craftsmanship and material presence of the Falu red cottage.

Tham: The result is partly a mathematical translation of the statistical 1.5 floors within a cubic volume which is fully utilised by fitting in a terrace and a double height void on the upper level. This corresponds to statistics which indicate a desire for a balcony/terrace and an open kitchen, which in our interpretation means the kitchen is one of the home's most important social spaces, here emphasised with a double floor to ceiling height and the inclusion of space for both dining and stairs. The terrace provides a sunny space protected from the wind and also offering privacy. The kitchen's extra floor to ceiling height together with one large window placed in each room combines into a simple and energy-efficient construction filled with generous daylight and a spacious interior. 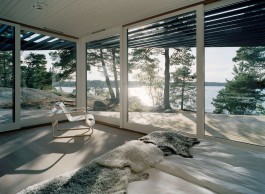 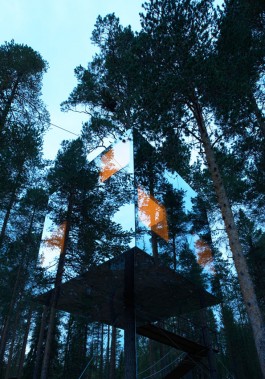 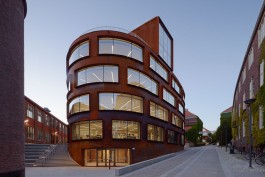 Bolle Tham and Martin Videgård founded their architecture practice in Stockholm in 1999. Since then they have realized internationally highly recognized projects of different typologies and sizes. They teach and lecture on a regular basis around the world, most recently as Guest Professors in Düsseldorf, and often participate in international events like the Architecture Biennale in Venice. The work of Tham & Videgård has received many awards and their Kalmar Museum of Art was shortlisted for the Mies van der Rohe Award in 2009. 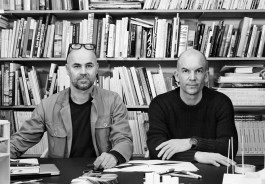