An interview with architect Cass Calder Smith about lifestyle in San Francisco and New York City – and about the differences between private houses and restaurants.

Mr. Smith, you were born in New York and then, still a child, moved to California where you lived in an alternative commune. Has this early period influenced your ideas of living, of architecture?

Yes, this influenced many aspects of my life. In a general way, since I was exposed to such an alternative way of living, it’s allowed me to think out of the box more regularly. Everybody had to build their own small houses there from scavenged materials and so I participated in that, which taught me building skills and an early appreciation for materials, space, and function. It launched me in a carpentry direction where I learned to work with wood, which developed further and influences my practice still. Since the place was very rural and ‘off the grid’ we all had to learn how to survive (cutting firewood, hauling water, etc.) and so I have always thought that if I ever need to do that again, it won’t be a problem. I certainly came away from that with a significant appreciation for electricity, hot running water, and the corner grocery. 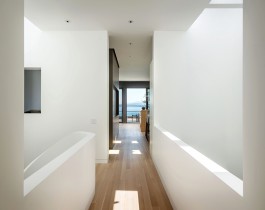 Do you see any differences between the East and the West of the U.S. as far as lifestyle, urban culture and residential architecture are concerned?

Yes and no. When I was young, the difference was vast, but today everybody moves around, and travels so there’s a similarity to the way people live. New York is very urban, dense, and commerce oriented while also being a cultural hub, while the San Francisco Bay Area is more about tech and outdoor recreation. On a lifestyle level, California is more casual than New York and so with that the houses they want tend to be expressive of that. I call this ‘casual modernism’. I would say that designing houses in San Francisco and the Bay area is not only about function, but also about space, light, views, and entertaining. The quality of light in the bay area is beautiful and so it inspires design. In NY, since its much more urban, its more about function, and fitting as much as possible into a smaller box, so that’s a different set of problems to solve. People don’t cook that much in NYC and so kitchens aren’t such a central part of their homes, but that’s changing. I design houses in the Hamptons, which is Eastern Long Island and since that’s rural, the work tends to be more like California. Another key difference is the SF Bay Area is much more about owning houses, while NYC is loft and apartment oriented. 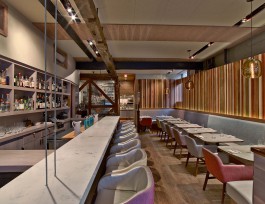 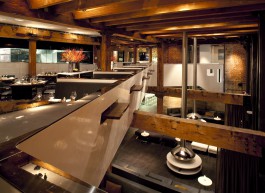 Next to private houses you also work on restaurants a lot. Do you see mutual influences between these two fields?

Generally they are quite different in every way. I see restaurants as public places and houses as private…and these differences drive design. That said, I do think that homes influence the look and feel of restaurants more than the other way around. People generally like to dine in restaurants that have residential design attributes rather than commercial ones. On the flip side, the commercial kitchen has worked it’s way into the home, but mainly only as the appliances. I do think that home design is much more about creating timeless architecture, which I work very hard to establish, while restaurants by their nature tend to be designed to be more in sync with today’s trends. Houses are usually ground up and so we design the entire building and the interiors, which is very comprehensive. On restaurants, they are usually within larger buildings and so they are much more interiors oriented and usually need to have a brand presence.

How important are the interiors to create atmospheric entities? Do you advise your clients on furniture as well?

The interiors are very important – in that they really establish the ‘feel’ of the place… the experience. For restaurants, we select all the furniture. On houses sometimes we do it all, and sometimes just some of it and sometimes not at all. It really depends on the client. 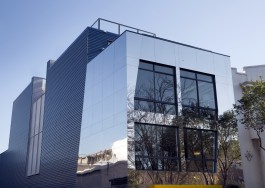 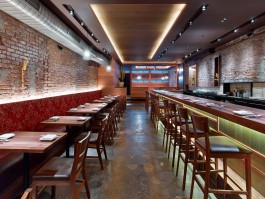 Cass Calder Smith studied Architecture at the University of California, Berkeley. Born in New York City in 1961, he has lived in California since 1972 and now splits his time between both coasts. In 1990, he established CCS Architecture in San Francisco, and in 2005 opened an office in New York City. CCS has designed a diverse range of public and private buildings and interiors which have won numerous awards and have been recognized in international publications. 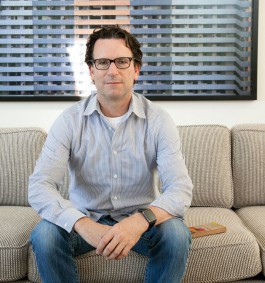