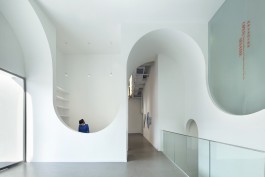 An interview with Dayong Sun and Chris Precht of Penda architecture and design, Beijing, about life in China's capital and the chances and challenges for architects.

Dayong Sun, Chris Precht, what is the most exciting part about doing architecture in China?

Dayong: It’s the possibilities. In China we have the chance to get very different types of projects, whether it's a large size master plan or a small size interior design. It makes us learn by practicing and grow rapidly, in size but as well in our understanding of architecture.

Chris: A couple of years ago many prestigious projects got funding by the government, which drew many international architects to China to work on fantasies of the spectacle. But the focus is shifting to the countryside now. We are working at the moment on the development and renovation of two farmer villages near Beijing and the scope of work deals very directly with the needs of village life. An architecture of living, not of spectacle. As we position ourselves as a responsible firm working with nature and in a natural environment, projects like that are a constant reminder what architecture and design can do for people. 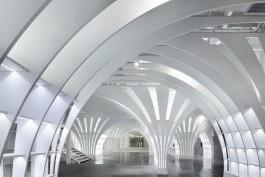 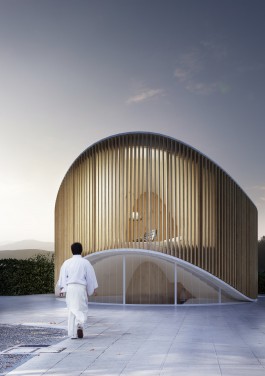 For your Home cafés in Beijing and Tianjin you used upcycled materials and plants to create 'oases' within the polluted city.

Chris: Pollution in China is a huge problem and a killing side effect of the opportunities that China's economic growth is offering. 4000 deaths in China per day are caused by air pollution. This can be solved only with a complete change of mind. An important factor, as a starting point, is to create awareness. Our Home cafés work as an example of how nature in symbiosis with design can create a healthy environment, as the air-purifying plants have the ability to clean the air inside the cafés and use the upcycled steel grid to grow upon. At a certain time nature takes over and design takes second. Creating a space to breath in a polluted city: this idea doesn't solve the issues of air pollution but, at the minimum, it creates awareness that nature has an incredible value for our quality of life. 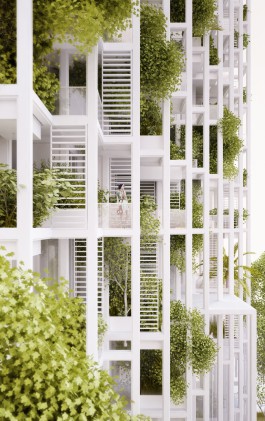 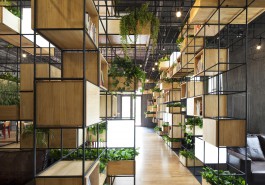 The concept of merging space and furniture to one overall design can also be seen in your apartment designs. How open is the Chinese market for this sort of concepts?

Dayong: Based on China's relatively cheap labor costs, customised furniture can be accepted within a certain budget. For the Snow Apartment, for example, it was possible, because it is as much a showroom as a space to live in. The concept of being still surrounded by a winter landscape after coming back from the slopes on your skiing holidays was more important than a certain demand of flexibility. Therefore creating a hybrid space where the overall design takes on all functions of the space was possible.

Chris: In general design experiments are more likely to happen in China, as building space is not the expensive part of a project, due to low material and labor costs. The costly part is getting the site, plot or apartment. That’s why a lot of the recently built architecture in China seems to have an expiration date and is of temporary character.

How has everyday life in Beijing changed? What are the biggest differences compared to Europe?

Dayong: I have worked in Beijing for nearly ten years now and I think the biggest change concerns housing prices. They rose around ten times, but salaries didn't. I also worked in Berlin; compared to Beijing, life is more relaxed, healthy, and citizen can focus more on the essence of life and the creation of things at the same time.

Chris: I live between Vienna and Beijing, and the speed, noise and agility of Beijing is a huge contrast. Due to low labor cost, Beijing can offer an incredible amount of service to its citizens. Transportation services with cheap public options, Uber-like systems or car sharing, a 24/7 delivery system, a great variety of local and international cuisine, and a long tradition and culture make it a very vivid, but also convenient place to live. 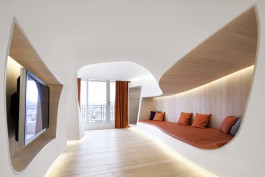 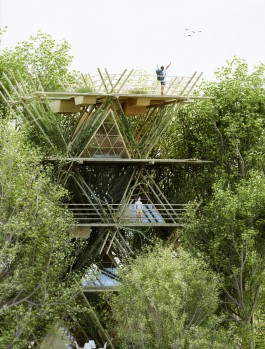 Dayong Sun, born in Changchun, China, in 1984, studied architecture in Changchun and in Beijing. Chris Precht, born in Salzburg, Austria, in 1983, studied architecture in Innsbruck and Vienna. After having worked in various renowned offices like Graft (Berlin/Beijing) and Nox (Rotterdam), they founded their own practice Penda architecture and design in 2013 in Beijing, with a second office in Vienna. By drawing different perspectives from western and eastern history, Penda seeks the fundamentals in architecture and to interpret and integrate them into one cross-cultural design-language. The designs of Dayong Sun and Chris Precht have been published internationally. 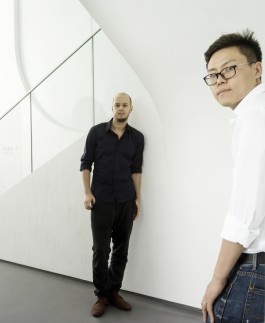