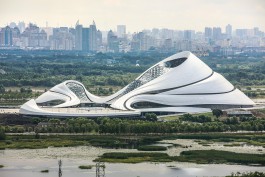 A sense of belonging

An interview with Ma Yansong, founder of MAD Architects in Beijing, about nature, fundamental human feelings, the modern city, and philosophies of the East.

Ma Yansong, as an architect with offices in Beijing and Los Angeles, where do you see the main challenges of today's huge cities with regard to every-day life there?

Nowadays the cities are like supermarkets full of eye-catching products. And high-rises are rather a statement of power and capital. While functions and formats are easily prioritized over other elements in design, I have always believed that all architecture design and actions also need to fulfill human emotional needs towards the environment and the nature. 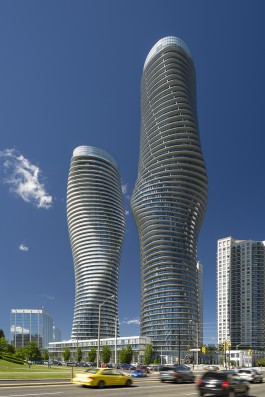 MAD Architects is committed to merging Chinese traditions with architectural concepts for the future. Could you elaborate on this a bit?

In recent years, I have introduced "Shanshui City", which reflects my design philosophy. Architects should delineate a new ideal for the city of the future, to gradually construct an urban environment that embodies both the convenience of the modern city and the ancient Eastern affinity for the natural world. "Shanshui" is an idealized worldview developed by the Chinese through extended contact with the natural world, a worldview that integrates the everyday life of humanity with the impulse to seek spiritual refuge in nature. This "Shanshui City" is not simply an eco-city, or a garden-city, nor does it imply modeling the city's architecture on natural forms such as mountains. It represents humanity's affinity for the natural world, and our quest for inner fulfillment, as expressed in philosophies of the East.

How far is this concept influenced by experiences in, for example, Beijing?

Old Beijing is a traditional "Shanshui City". It is an epic city, constructed according to a grand order, yet replete with details that inspire our most subtle affections. As Lao She wrote, “The beauty of old Beijing lies in the gaps and voids between the buildings.” It is these voids that establish a holistic relationship between the buildings, people, and nature. When planning for the future cities, we must consider how urban space can be shared and enjoyed, how to satisfy our yearning for harmonious interaction with nature, and how to preserve the integral spirit of older structures. All of these questions are related to our most fundamental human feelings, and determine whether residents can experience a sense of belonging within their urban environment. 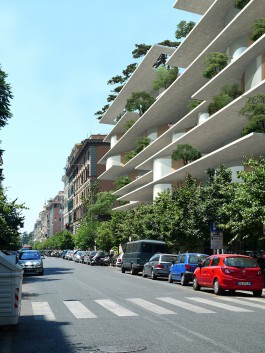 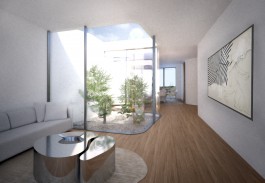 What does this mean for the design of urban residential architecture, also from an international perspective?

Residential planning should respond to nature and emphasize the environment. I would like to take our recently released residential study for Los Angeles, "Cloud Corridor", to elaborate on that. As a result of rapid urbanization, cities lack character and soul. Cloud Corridor defies the singular gesture and massing of the modernist box as the typological form for residential towers, and instead proposes multiple towers that rise to varying heights, echoing the adjacent mountains. The corridors connecting the towers provide circulation for a (micro) village to thrive – a contemporary take on modernism’s “streets in the sky”, but unlike modernism’s hermetically sealed towers, this circulation network encourages and fosters community. Residents might use these corridors as they recreationally use sidewalks in a traditional neighborhood. Of course this circulation concept is driven by the vertical flip, which as an idea is not new by any means but proved to be productive for this particular instance. For us, reorienting the streets vertically is an attempt to keep a small footprint at ground-level – a response to one of the curatorial prompts of how to address the decreasing buildable land in Los Angeles.

Ma Yansong, founder of MAD Architects in Beijing in 2004, is counted among the most renowned and internationally influential Chinese architects. His office has completed a broad range of projects both in China and internationally, including the “Absolute Towers” in Mississauga, Canada, which were named the “Best Tall Building in the Americas” by the Council on Tall Buildings and Urban Habitat (CTBUH) in 2012. Ma Yansong is currently a professor at Beijing University of Civil Engineering and Architecture. MAD Architects is led by Ma Yansong, Dang Qun and Yosuke Hayano, and has offices in Beijing and Los Angeles. 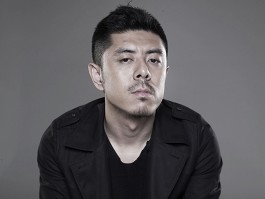